On Dec 3, we spent around a week in Siem Reap, Cambodia where the famous Angkor Wat temples are located. Interestingly, almost all shops price things in US Dollars and not in Cambodian riel. 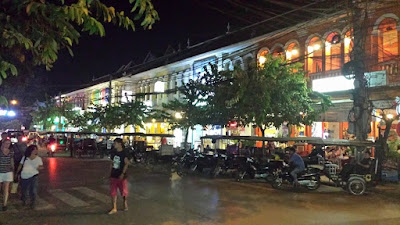 One day we took a class at Backstreet Academy where we spend 4 hours carving, chiseling and sanding down matching flower candle holders out of pink sandstone. My wrists were definitely sore the next day and Marc even had one of his fingertips become numb for an entire week because of the pressure we were putting on the tools (note from Marc: apparently this is a common incident when putting too much pressure on a fingertip for too long)! 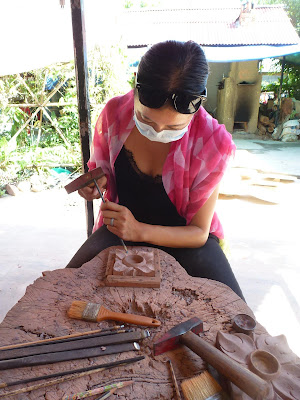 We went to see amazing acts at Phare Circus, an organization which helps disadvantaged young adults (eg. coming from poor rural areas) find work in the performance arts. They had gymnastics, tumbling, people stacking on top of each other, fire spinning, juggling, balancing on rolling canisters, a bicycle with lots of people on it, chair stacking, etc. It was pretty awesome, though they did all of it without any safety ropes, which made me really nervous for them.


We also did a horseback riding trip through local rice fields. Marc's only request was to be allowed to gallop, so we ended up galloping through really bumpy paths where I was near certain I would bounce right off of the horse (though I luckily did not). At one point Marc got chased by a very angry water buffalo and a small group of dogs tried to run us down. Kinda scary, but really fun :)

The highlight of the visit was waking up at 4:30am to catch sunrise at Angkor Wat and the surrounding temples. Waking up that early wasn't the most fun, but it was beautiful to see the orange colors reflected on the water. They let us climb up to the second floor of the temple even before it was open (ooooh) so that we could see the sunrise over the walls of the temple. 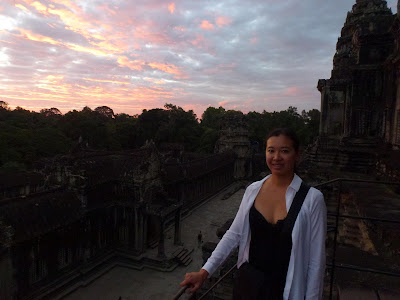 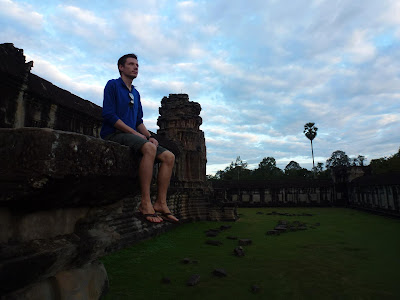 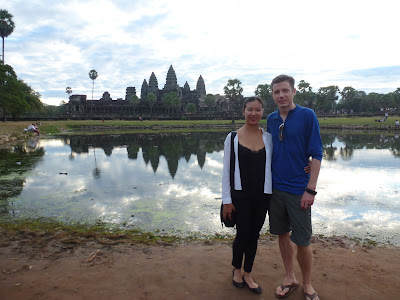 We visited an area called Angkor Thom, which has a bunch of different temple ruins. One of them was the famous temples with many faces called Bayon. 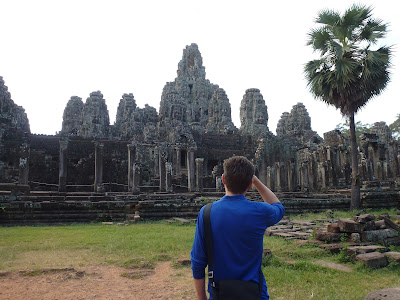 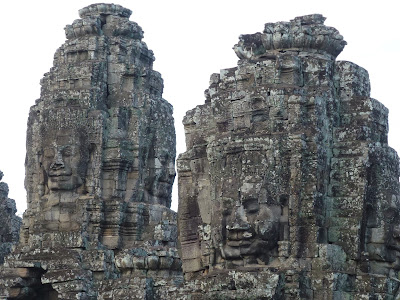 Another early morning the next day! This time we saw the sunrise over Srah Srang. One of the nice things about starting out so early is that we were done by 11am, when it started to get hot and the masses of tourists came out for the day. 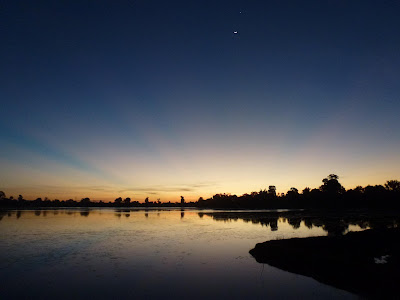 Next we moved on to the famous Ta Prohm temple, which has been left in much the same condition in which it was found, with trees growing out of the ruins and the beautiful jungle surroundings. This was the film site for the movie Tomb Raider. 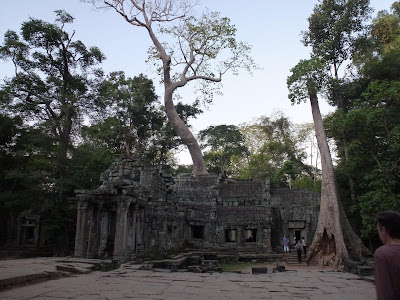 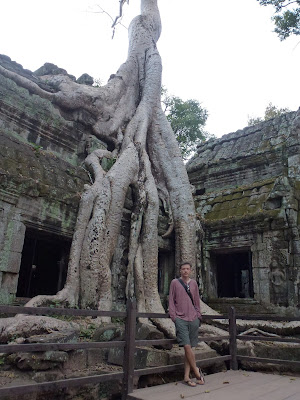 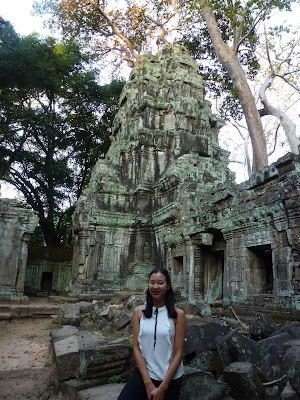 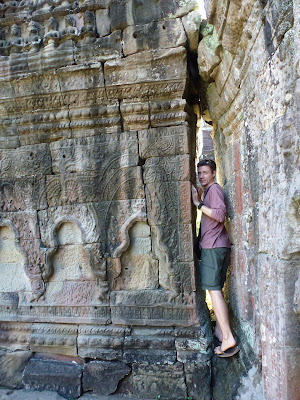 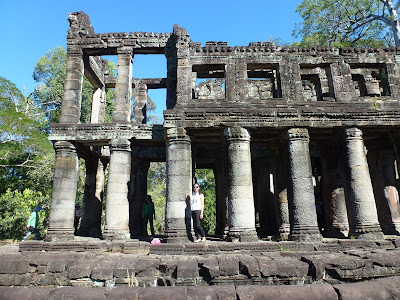 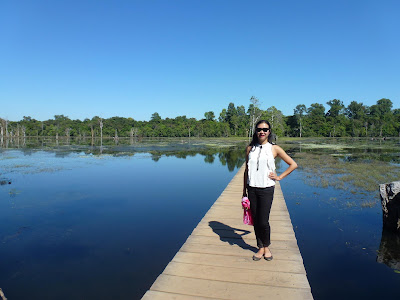 Riding around town in the tuk tuk we saw many stops where people could buy gasoline on the side of the road (see the plastic bottles containing a yellowish liquid). 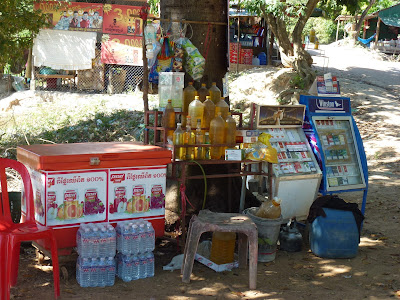 Next stop, Phnom Pehn Cambodia!
Posted by Unknown at 2:40 PM