November 21: hello Mandalay—our last stop in Myanmar! The most important site I wanted to visit was Mingun Pahtodawgyi, an incomplete stupa partially destroyed by an earthquake which left many impressive cracks. One corner completely fell apart, so they built stairs on the ruins to let visitors access the top of this "pile of bricks": 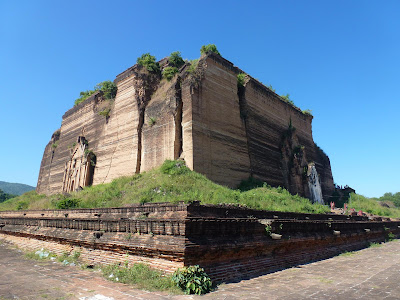 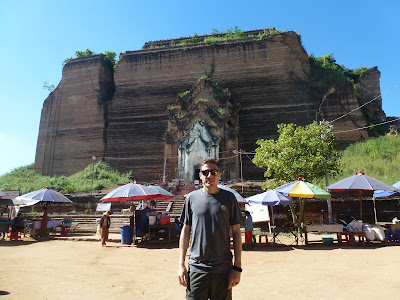 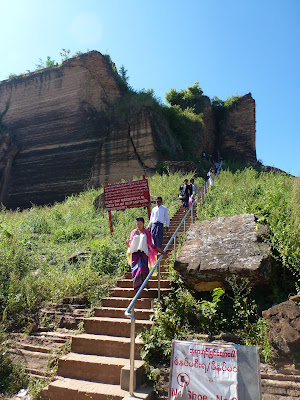 Nearby is the Mingun Bell, weighting 55 555 viss (၅၅၅၅၅ in Burmese numerals), a bit more than 90 tons:


We crossed the Ayeyarwady river and took a horse and buggy to see a few sites around the Inn Wa area: Bagaya Monastery, Maha Aung Mye Bonzan Monastery (aka Me Nu Oak-Kyaung), etc.

We stopped at a textile workshops making Burmese wedding dresses.

Right around sunset we headed to U Bein Bridge, "believed to be the oldest and longest teakwood bridge in the world" according to Wikipedia: 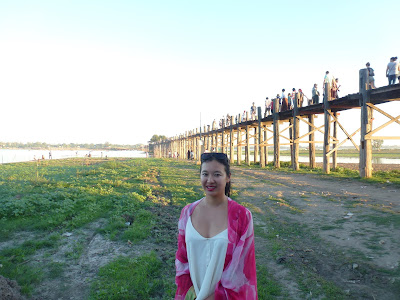 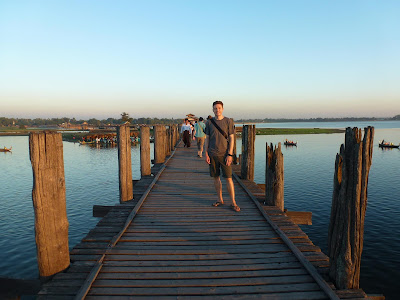 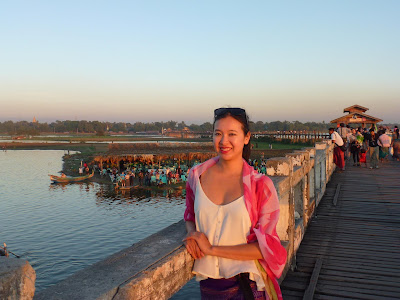 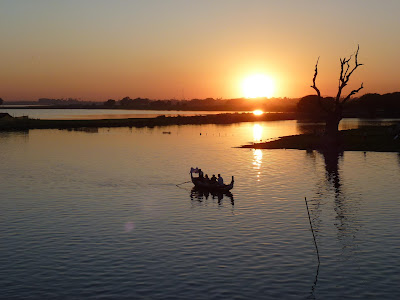 The only bummer was that we got hassled by a taxi driver when going to Mandalay Hill to visit the Su Taung Pyai Pagoda. When getting in the taxi next to our hotel, he told us it would be 5000 kyats to go to Mandalay Hill (a 6.6 km ride). When approaching the hill we told him "by the way we want to go to the top of the hill". He replied "ok". And when exiting the taxi and paying him, he said the money was not enough and wanted double (10 000 kyats) for going to the top. We argued for a few minutes, upset but remaining polite and eventually paid. 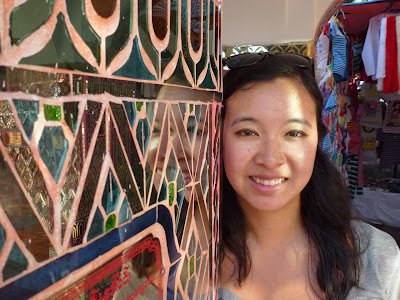 On one of our last nights we went to the Mandalay Marionettes Theatre. The best part of the show is when a human dancer gets on stage and mimics the moves of a dancing marionette.

Next stop: back in Thailand again, Bangkok!
Posted by Unknown at 4:57 AM