A well-traveled friend of mine, Liana, recommended Inle Lake as a top destination in Mynmar. On November 18 we set out to spend a few days there (in a town to the north of the lake called Nyaungshwe), taking in the sights.

We rented bikes from the hotel and decided to follow our guidebook and take a short bike trip along the northwest side of the lake. The road is tree lined with a small brown immobile creek on either side and houses on stilts over the river. Women are washing their hair and their clothing in the river, though there is a fair amount of garbage all around. The houses appear to be made out of bamboo and some are thatched or have a tin roof. There are several wooden bridges that cross the waterway. Both sides have rice paddy fields and some have water buffalo grazing. 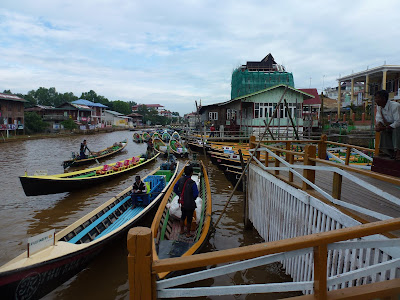 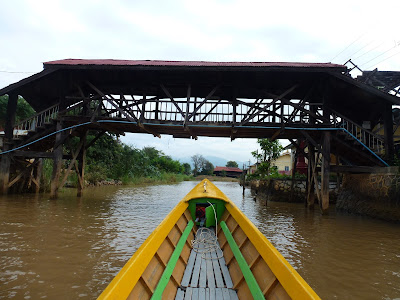 Out on the lake there are several fisherman who were using large cage like nets to fish the waters. None of these boats had motors, so the men were using a distinctive rowing technique of standing at the stern of the boat and wrapping their leg around an oar, then pushing the oar through the water. They developed this technique because of the large amounts of reeds in the water, which would make traditional rowing more difficult. It was actually quite effective.

Our first stop was Hpaung Daw Oo Pagoda. When we first walked in, we noticed five golden balls that were sitting in the middle of the pagoda. Curious, we googled it and found that they were actually 5 Buddha statues that have been so covered in gold leaf that they are now unrecognizable. Only men were allowed to put on gold leaves, which is too bad. 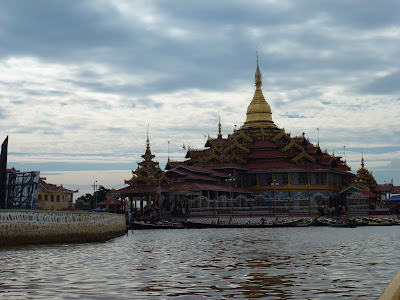 We then went to visit several businesses that run on the lake: weaving, cigar making, silver refining, etc. It felt somewhat shady because we were encouraged to buy things at each stop, but it was nevertheless interesting to see how things are made.

Up a small river, we stopped over at Inn Dein, which has beautiful overgrown pagodas, and the most stupas in one place (mound-like structures, mini pagodas) that we'd ever seen. 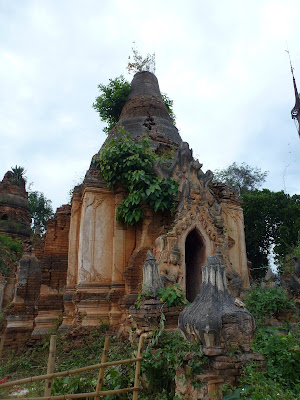 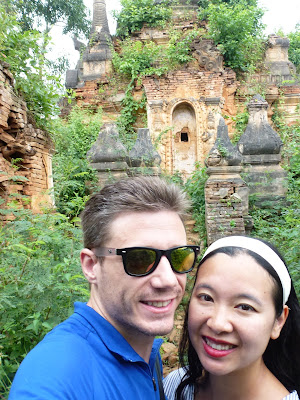 We also visited a shop where Kayan Lahwi people worked. This is a group whose women wear brass coils on their necks and legs. It turns out, neck itself is not lengthened; the appearance of a longer neck is created by pushing down the clavicle. We were told that often the purpose for wearing the rings is to express their cultural identity. 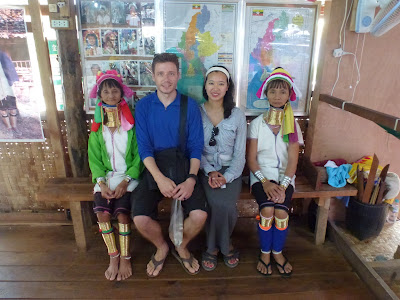 We cruised by the floating gardens, which are gardens that have been created from layers of sea grass and mud. Only tomatoes were in season when we were there. 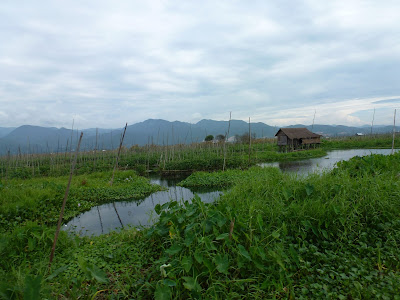 Final boat stop at the Nge Phe Chaung Monastery, more popularly known as the "Jumping Cat" Monastery. This was really just a non-jumping cat monastery, since we were informed that the cat that was best at the jumping had died and the current brood of cats were no longer proficient in trained jumping. Too bad, though the kittens were still quite cute. Here's a video of some talented, but unrelated cats.


For our last day, we decided to take it easy and take another bike ride around the north east side of the lake. We stopped over at a beautiful lakeside resort and enjoyed some delicious steaks by the waterside. 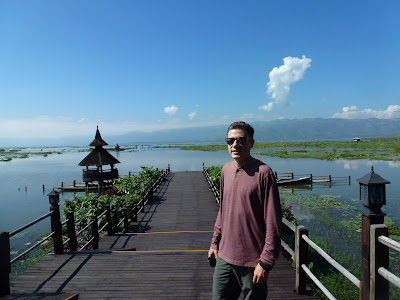 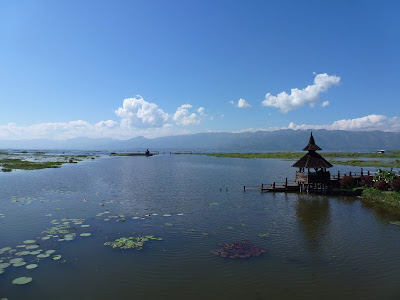