Onward to Phnom Penh on December 10! One of my good friends from grad school, Liana, is living there and graciously hosted us :)


Along for the ride is a pup named Mango, who takes some time to warm up to us, but is quite cute. 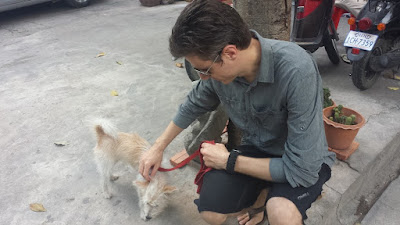 The night we arrived, Liana took us out to a comedy show, where she is performing. Funny jokes and good times…


The following day was our day of major sight seeing, first we started out at the Royal Palace, which was quite pretty. 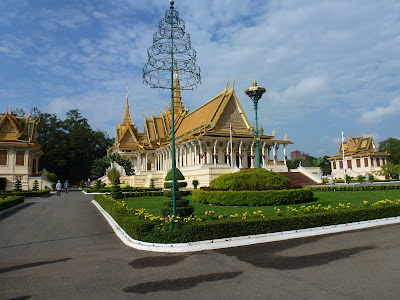 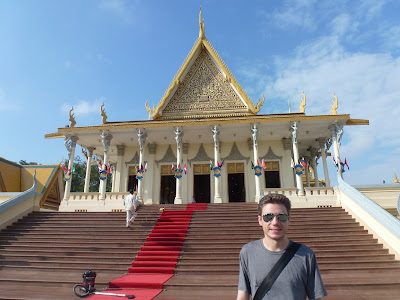 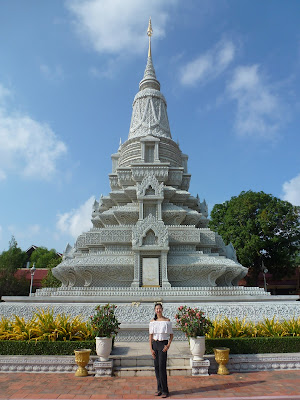 Next, we visited the Tuol Sleng Genocide Museum, which is housed in a former torture and detention building complex (which was formerly a secondary school). The museum laid out the terrible history of murder and massacre that occurred in Cambodia during the rule of the Khmer Rouge in the 1970s. Phnom Penh was ground zero. The whole thing is grim, somber, and deeply depressing. There are pictures of some of the hundreds of inmates who were taken there and forced to sign outrageously false confessions and tortured by the Khmer Rouge. Men, women, children, babies. I won’t even go into too many details, but to say that it was extremely brutal and heartless.

We then headed toward the “killing fields,” where many men, women, and children were taken after they had “confessed” at the torture center. Many were killed the night they arrived with any blunt object available (pick axes, metal bars, etc.) and left in shallow graves. They built a memorial which now houses some of the bones and skulls that they were able to recover from the graves. 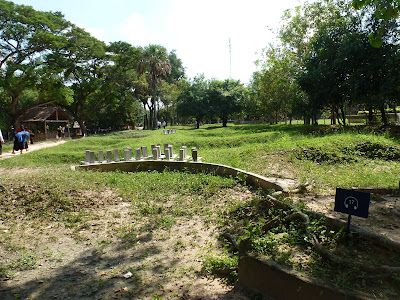 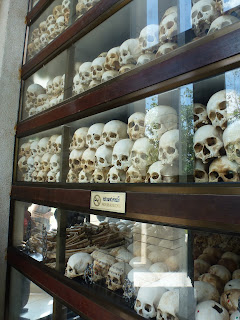 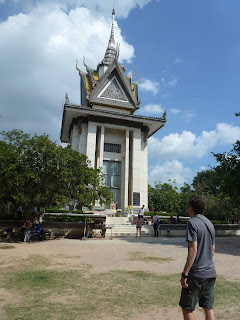 But we also did lighter things on the trip. For example, one night we went out with a few of Liana’s friends to a French, Reggae, Metal Rock, and American pop bar. I had not been out until 2am for quite a while!


Phnom Penh is surprisingly international, and the next day we headed out for Mexican food and delicious fish/meat tacos with one of Liana’s friends. Liana and I then took a Cambodian cooking course where we make papaya salad, fish amok, and some gross coconut cream/pumpkin/scrambled egg dessert (ugh). Well, at least making food was really fun.

Our last day, Liana and I get a relaxing massages, hang out by the pool, shop, and have a yummy dinner at one of the posh Cambodian restaurants in town. Ahh.