We crossed over from Laos to Chiang Rai, Thailand on November 2 :) That evening we walked around the downtown a bit, checked out the gold clock at the town center, and the night market. 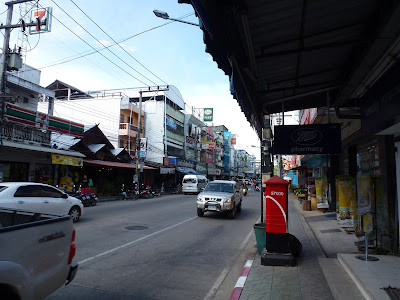 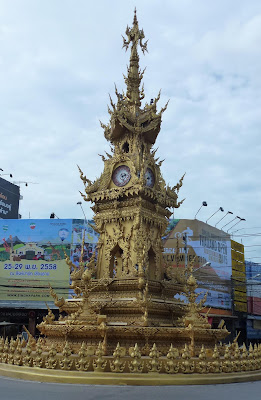 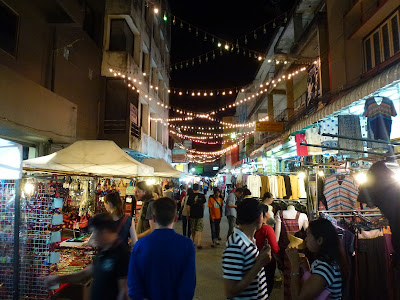 The following day, we had an all day cooking course. We started out at the local market with 3 other couples and we spent a couple of hours browsing the market for ingredients for our 4 dishes: 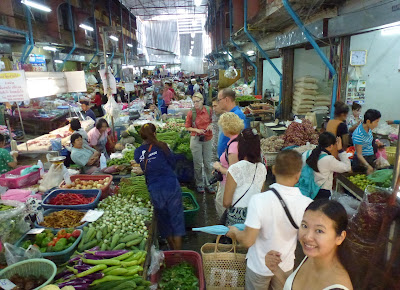 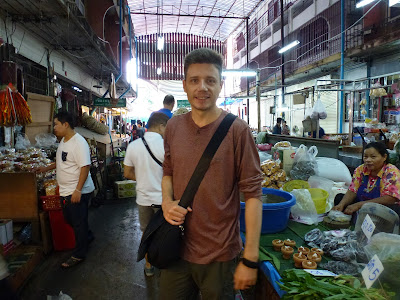 Back at the kitchen, each of us prepared our own personal sized portion of each of the dishes. We ate each dish right after we made it, so it was super fresh. The green curry we made was the best I've ever had! Must make this when we get back to the states ;) Apparently the trick is to use coconut cream and milk, but never water. And then to top off the cooked curry with more fresh coconut cream, since cooking burns off some of the flavor. 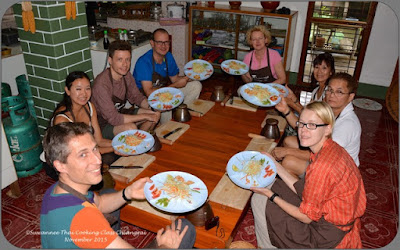 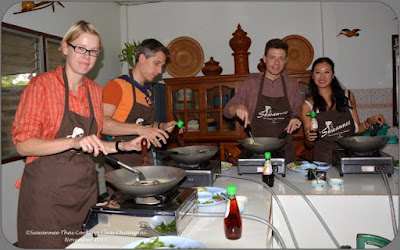 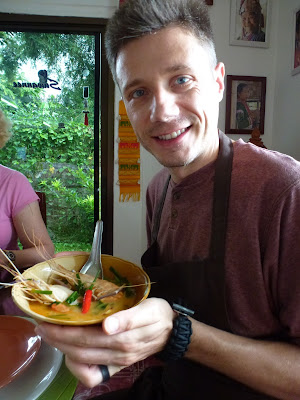 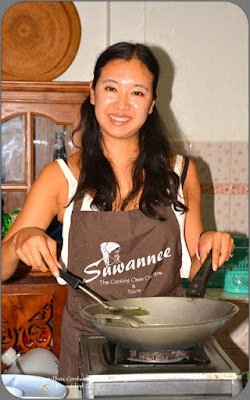 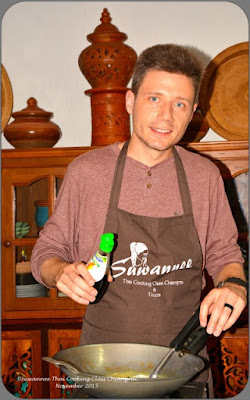 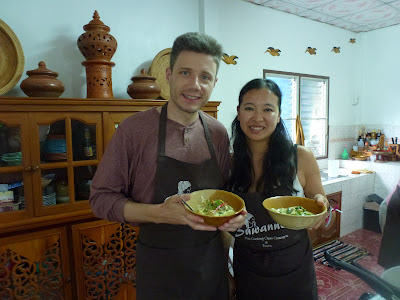 Our last day in Chiang Rai, we first visited the White Temple or Wat Rong Khun. It is a crazy contemporary art exhibit that is in the style of a Buddhist Temple. It is an ornate set of white and mirrored buildings with a main temple (ubosot) that is surrounded by a koi-filled lake. The temple area is still under construction and isn’t expected to be finished until 2070 (woah!). 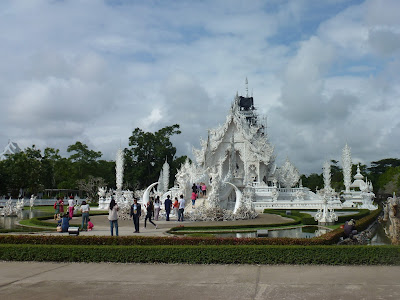 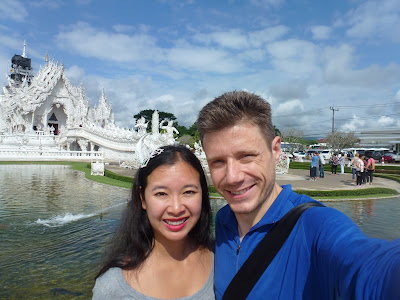 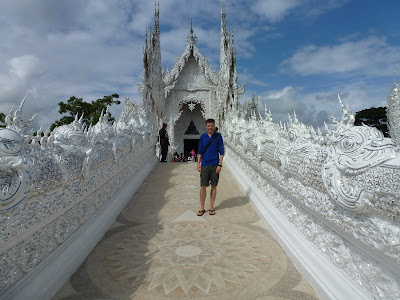 Next, we drove to the Khun Korn Waterfall, which we honestly just chose because it was close-ish to the white temple. But it was a pretty hike and falls. 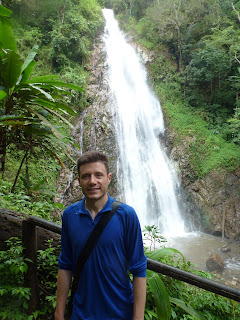 Finally, we went to Singha Park (also because it was close by). This is just a random tea plantation and mini zoo that was opened by Singha, the beer company. We didn't know what was going on since the whole tour was in Thai. The main highlight was feeding whole bananas to the giraffe and zebras. We noted that the giraffes scorned the peeled bananas, but hungrily ate up the whole bananas. So picky.

The following day, November 5 was Marc's birthday! We spent it traveling to Chiang Mai and having a low key afternoon and evening relaxing, watching the James Bond "Spectre" movie, and eating yummy Thai food.

The next day we spent wandering the city, just exploring with no plans in particular.


On November 7, we went on a river rafting tour on the Mae Taeng River. The river is unusually low for this time of year, since the rainy season was light, so the river is more of a 2/3 rather than a 3/4 grade. However, it was still quite fun. We were in a boat of three plus a guide (most boats have 4 plus a guide), so we had to work a bit harder. The river is actually quite narrow, and most of the rapids are little rocky waterfalls. Overall, it was fun, and maybe a even a little too safe for these adventure seekers. 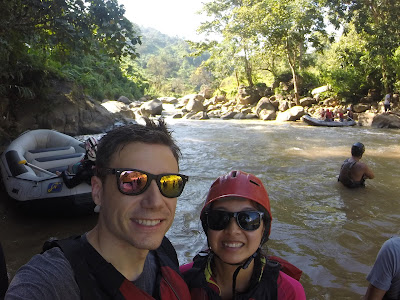 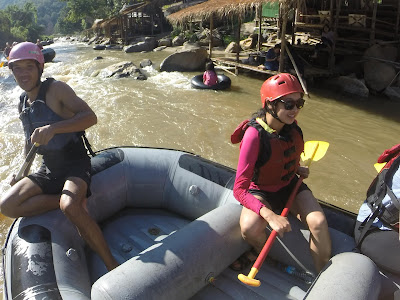 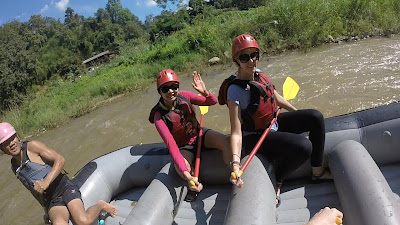 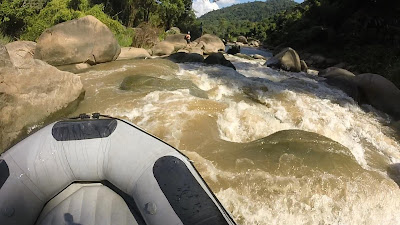 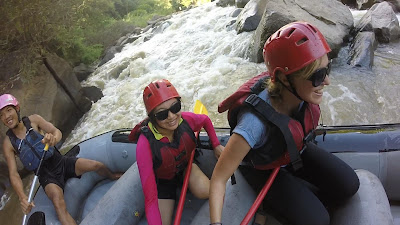 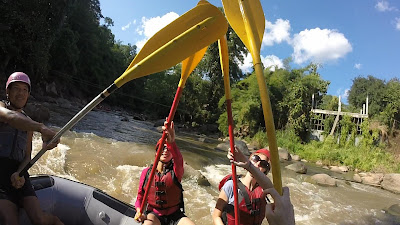 For our last day in Chiang Mai, we decided to take a segway ride around the city to see the various famous temples. The temples were beautiful, but quite crowded. Overall, I wouldn't really recommend that segway tour since it was pricey and not really even a tour (they didn't give any info about what we were seeing). 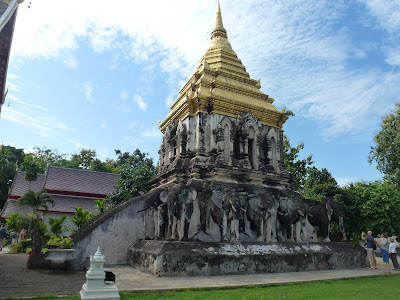 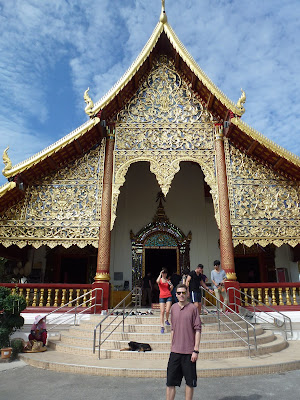 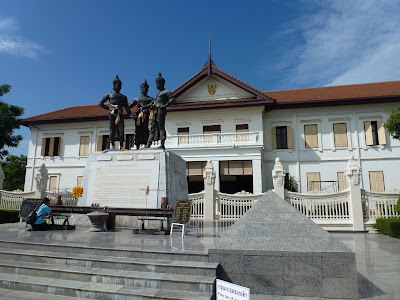 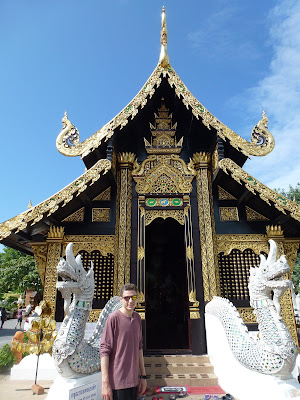 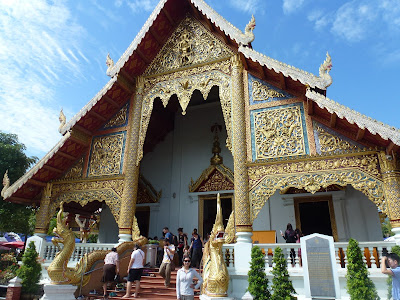 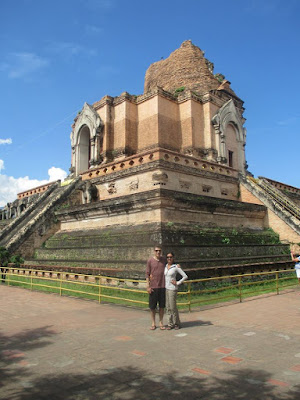 We also went to both the Saturday and Sunday market. Both of which were crazy crowded, but had delicious food vendors and cool crafts. 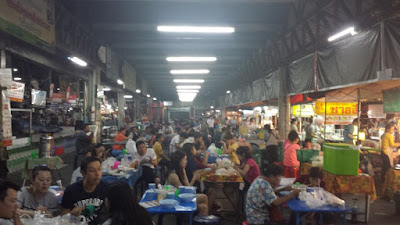