When we were planning our trip, we considered taking the bus to travel from Yagon to Bagan, but eventually we settled on flying. The hour flight was indeed very convenient —it sure beats a day-long bus ride.

We arrived in Bagan on November 13. Every tourist there is renting electric scooters, so we did the same. Renting one is only 7000 kyat / $5.50 per day! Surprisingly you don't have to fill out any waiver or do any ride tests. You just pay and they send you off with the scooter. 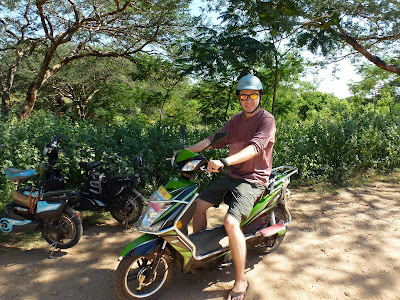 Bagan is known for its many pagodas. I think we were most marked by Shwesandaw because it is one of the few with stairs that can be climbed, and we happened to be there right at sunset when the view is magnificent. It was crowded with people: 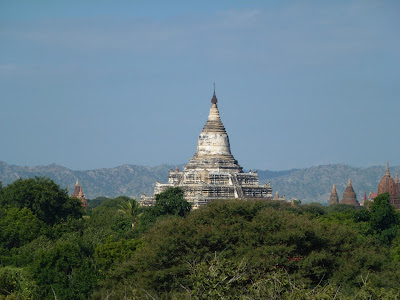 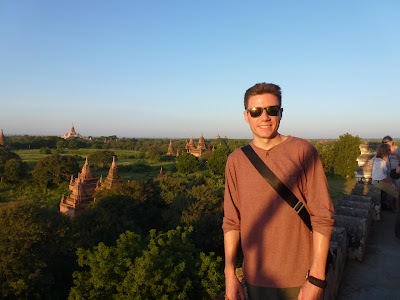 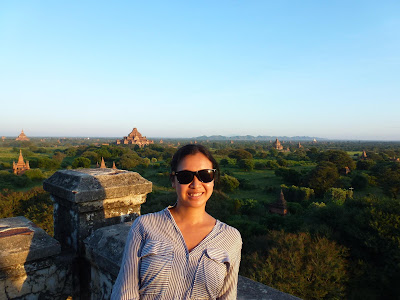 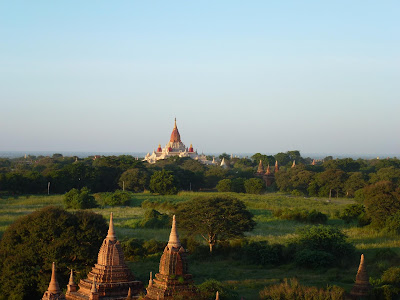 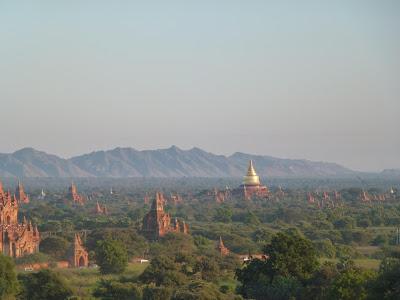 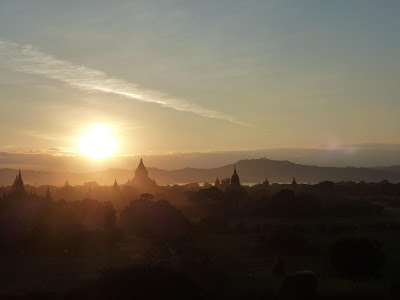 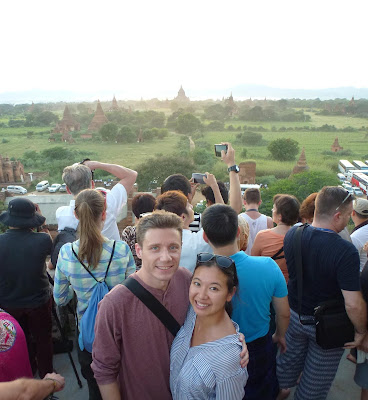 We also enjoyed the Ananda Temple:

We visited the Bagan Archeological Museum, built in 1998 for a cost of 1200 million kyat. The kyat was not trading freely due to tight currency controls from the Central Bank of Myanmar at that time, but according to the black market rate of 375 kyat per dollar, this would have made it worth $3.2 million, which is pretty cheap for such a beautiful gigantic 3-level ornate building with marble everywhere :) Too bad pictures were not allowed inside. 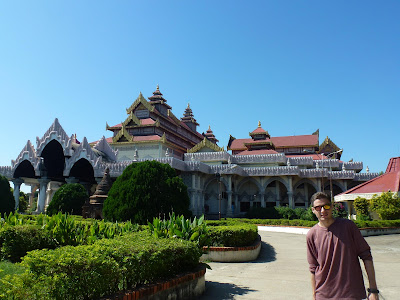 Bagan is also known for its lacquerware shops. We visited one, and saw women working on some of the products: 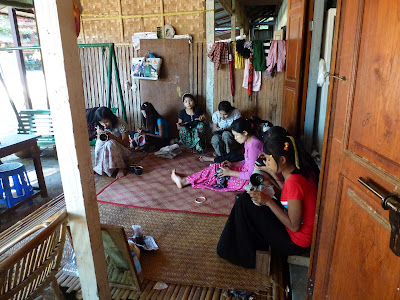 We randomly stumbled upon a group of dancers dancing to modern pop music blasting from speakers mounted on a truck. It was an incredibly hot day. You can see makeup running down their faces because of sweat. At the end of their dance, they would climb on the truck, drive 2 or 3 blocks, get off the truck and repeat their performance. We didn't figure out what this performance was for. 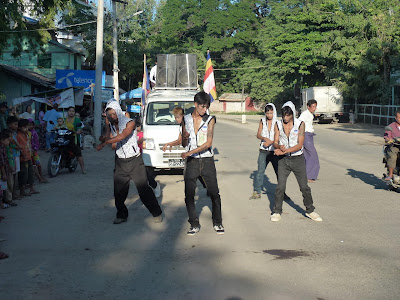 We saw many other pagodas and religious sites, too numerous to list here.


One day we were riding on our scooter from temple to temple on dirt paths. When crossing the village of Minnanthu, we stopped a few seconds to look at directions, and a woman came to see if we needed help. Then she offered us a guided visit of her village, and we accepted. We went inside some of the houses, saw farming and textile equipment, old women who she said every inhabitant of the village called "grandma" making cigars, etc.


Our visit of Bagan concluded with a visit to Mount Popa, well, technically Taung Kalat, which is the name of a rocky summit on top of which a monastery has been built: 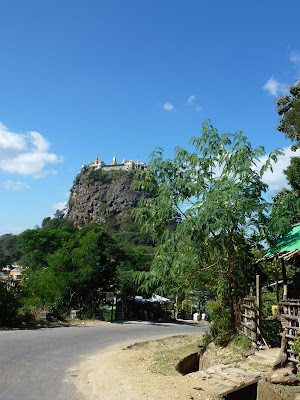 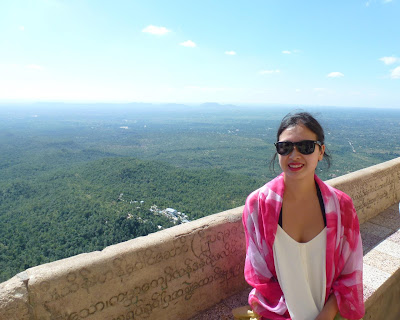 Next stop: Inle Lake, Myanmar!
Posted by Unknown at 6:06 AM