We arrived in North Carolina and our routine visit to a Welcome Center recommended some attractions, including the U.S. National Whitewater Center, which got our attention. This facility—near Charlotte, the state's largest city—features the world's largest artificial whitewater river and is used as an official Olympic Training Center. We tried rafting, the rope course, boulder climbing, and rock climbing, which were all fun:


The Whitewater Center was the only attraction we visited in North Carolina. We have a schedule to keep so we had to hurry! So we drove to Virginia, only stopping at the Big Walker Lookout, a tower from which one can see presumably 5 states (Virginia, West Virginia, Kentucky, Tennessee, North Carolina) however there was no guide and no explanation so it was impossible for us to tell what we we were looking at on the horizon: 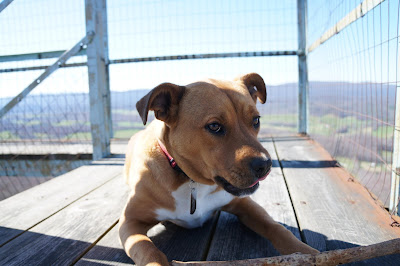 Crossing Virginia was very quick, about 1 hour. We then ended up in West Virginia where we spent the night in an RV camp in Lewisburg where it was below freezing, and thus they did not have water service (fortunately our fresh water tank in the RV was full). Why Lewisburg? Because we toured the nearby Lost World Caverns. This involved a lot of crawling and rolling on mud and slippery rocks in confined spaces: 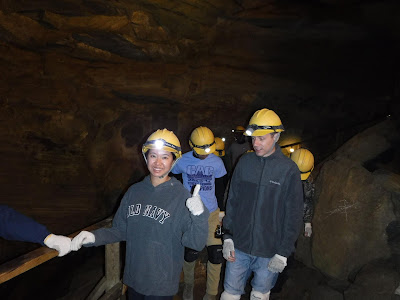 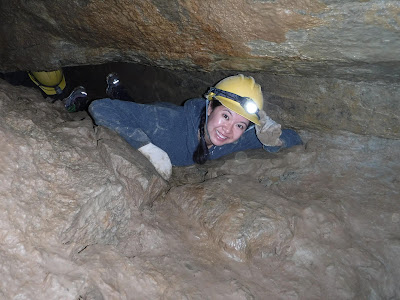 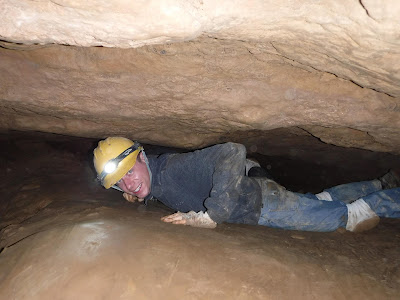 Next day we camped near Fayetteville and stopped to admire the New River Gorge Bridge: 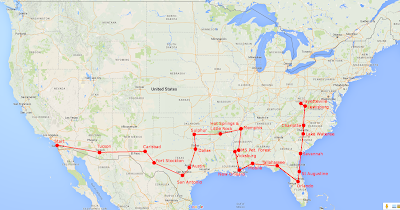 Next destination: Indiana!
Posted by Unknown at 7:22 AM