After 2 months of summer in Asia with temperatures during the day generally above 32⁰C / 90⁰F, we appreciated Sydney's more moderate temperatures of 16-21⁰C / 60-70⁰F at this time of the year. We arrived on August 28 and spent 5 days here.

Our hotel was located in the inner-city suburb Potts Point, which is close enough from downtown that we decided to walk to it on our first morning there. First we walked down by the Woolloomooloo Bay where some navy ships are harbored, past Finger Wharf, through the Royal Botanic Gardens, and we arrived at Circular Quay, from which we can see the Sydney Opera House.

That evening we went to the top of the Sydney Tower (second tallest tower in the Southern Hemisphere). Luckily we happened to be there right at sunset, the air was very clear, and the view stunning!

We booked a guided tour of the Opera House, which we found very interesting. This is definitely something I would recommend to anyone visiting Sydney. For example I learned its design was picked from the result of an international design competition. The winner, Jørn Utzon, had submitted his entry late —it consisted of little more than preliminary drawings— but he won somewhat unexpectedly. His design turned out to be extremely difficult to build. The construction was initially estimated to take 6 years at a cost of $7 million, but it took 16 years and cost $102 million. The construction of the (originally) elliptical shells was a major hurdle that engineers worked on for 6 years, but could not solve economically. Utzon himself had the breakthrough idea of making the shells sections of a sphere, which simplified their construction significantly. 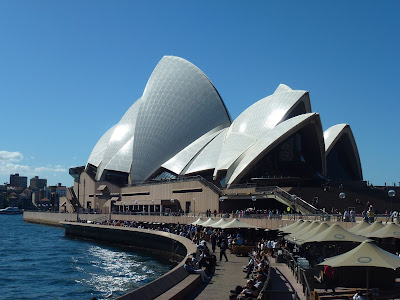 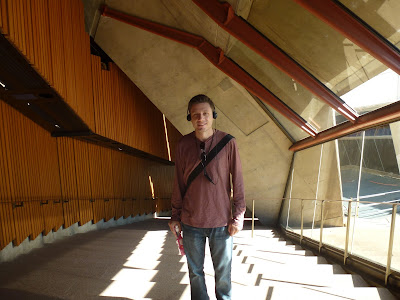 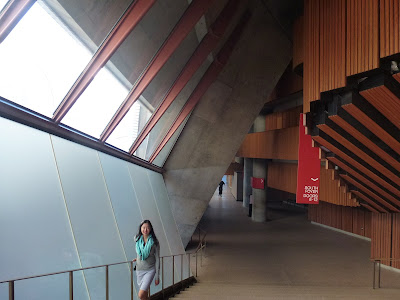 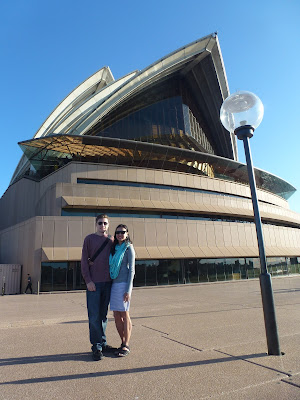 We boarded a ferry to explore the harbour and also transport us to the nearby town of Manly, which has beaches very popular with tourists. I cannot count how many play of words the guide on the ferry made about the name of the town, but it was mildly funny. We spent the day walking around Manly and visited some nearby cliffs. 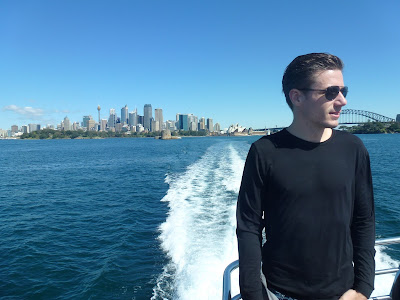 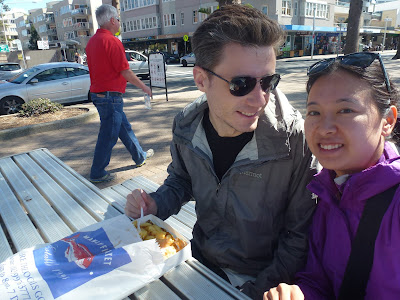 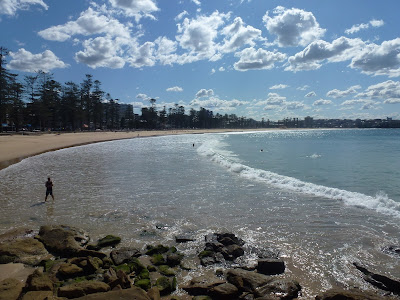 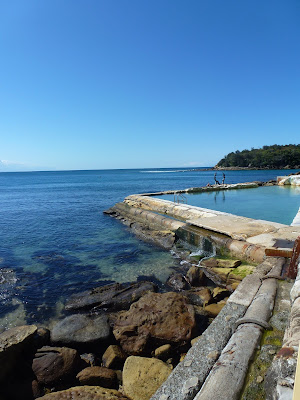 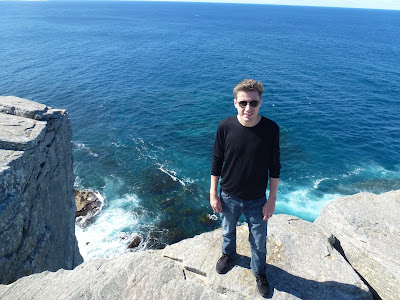 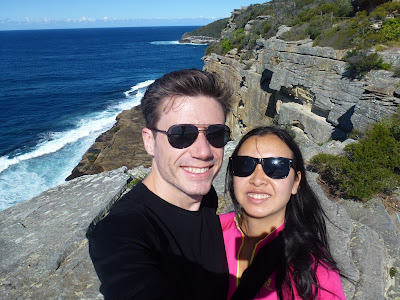 Another activity we recommend for anyone visiting Sydney, if not afraid of heights, is climbing the Harbour Bridge! The company who organized it is very professional and gives you lots of gear to be well prepared: harness to attach you to a cable, full body suit, wireless headphones, gloves, beanies, flashlights, etc. Again, the guide was quite entertaining. We learned too many factoids to list here. The one I remember the most vividly is the story of the construction worker who fell from the bridge, but happened to be a competitive diver, and a strong swimmer, and happened to fall right by a boat who helped him out of the water. This was the only fall during the construction of the bridge where the victim survived relatively unscathed.


Finally, we rode a jet boat around the harbour (Oz Jet Boating). Water. Water everywhere! I am glad we wore those stylish red waterproof ponchos. 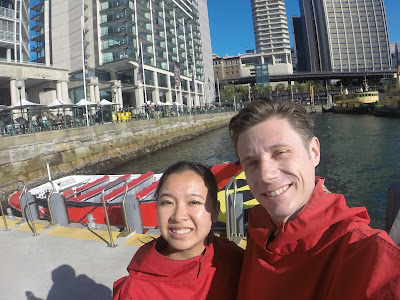 Next stop: the Blue Mountains!
Posted by Unknown at 11:23 PM