The past few months we spent in Southeast Asia have been very hot. So it was a nice change when we flew from Cambodia to Japan on December 14, and went from summer to winter.

I was happy to see our flight offer the option to watch the Bitcoin documentary The Bitcoin Uprising—a little dated, some inaccurate information, but entertaining for a long flight: 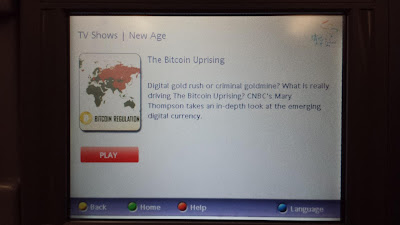 We landed in Fukuoka, a rest stop where we spent just one night. Our first japanese meal was dinner at a local BBQ restaurant which was quite delicious:


Next morning we took the train to Beppu. Why this city? It is small—130 000 inhabitants—and not very well-known, but this is where my sister Marianne had been living for 2 years, so I was curious to visit it to check out how it must have been for her to live there.

Beppu has many hot springs that are used and have been used for hundreds of years for bathing, cooking, etc. We visited the Kannawa district and went to a place called Jigoku Mushi Kobo to buy vegetables and eggs, cook them in geothermal steam, and eat them. There was a crew apparently recording a documentary. 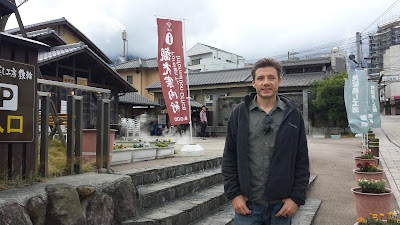 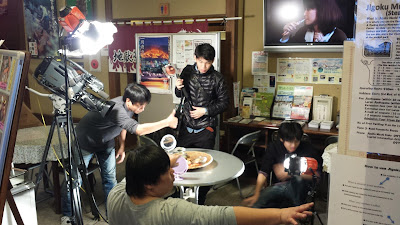 We visited one of the 8 "sea hells" (hot springs), Umi-jigoku: 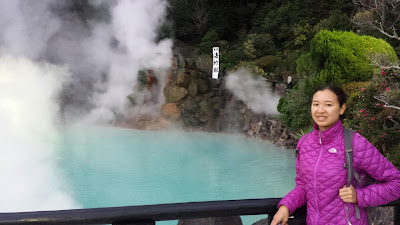 My sister recommended we try a hot spring bath, which we did, at Hyotan Onsen. We also bathed in hot spring water in the communal baths of our hotel (since rooms did not have private showers).

Another suggestion from my sister was to take a bus tour outside the city to visit some local monuments. It was a great idea! Even though the guide was speaking only in Japanese, we enjoyed beautiful landscapes, peaceful temples, small towns, etc. We were a very small group of only 6 persons, nonetheless our guide was very enthusiastic and made the whole day lively.

It is hard to explain but the fact I do not understand Japanese made my brain automatically try really hard to guess what the guide was saying by always looking at what she was pointing at, and in the end it made me appreciate more deeply what I was seeing. 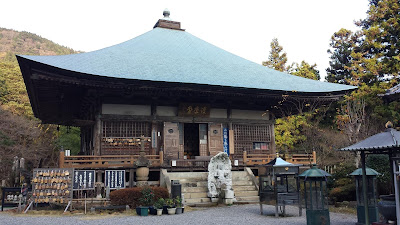 We took pictures in front of the house where Marianne used to live :) 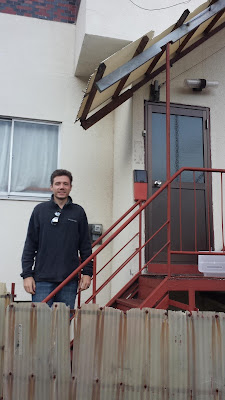 Next, we boarded the train to Hiroshima:


We visited the Peace Memorial Museum with many personal stories and a lot of information about the destruction caused by the Hiroshima nuclear bomb:

Exhibits let you touch and feel the surface of some ceramic tiles melted by the "flash burn", or show you shards of glass projected at such a high speed that they embedded themselves in concrete walls upon impact. They explain in graphics details what happened to persons exposed to all of this. We came out of the museum marked by the reality and horror of the destruction. I truly hope there will never be another nuclear war.

Next stop: Kyoto and Tokyo.