On June 29th, we flew out of the US, and after 25 hours of travel starting from Carlsbad, CA, we have finally arrived in Le Creusot, France --Marc’s hometown! We’re here for our second wedding that will take place in Marc’s uncle’s castle in eastern France, le Chateau de Conflans. Most of Marc’s relatives couldn’t attend the San Diego wedding, and so we decided to have this second celebration.

We flew from San Diego to SF, then from SF to Paris, then took a night train to Le Creusot. Marc and I aren’t able to sleep on planes so it was a long 11-hour night flight… oof. I didn’t take any photos of this part because I was grumpy.


When we finally got off the train in the middle of the night, Marc ended up giving a ride to some stranded South Koreans who found themselves stuck at the train station with no taxis available to take them to their hotel, and unable to speak a word of French.


Eventually, we all arrived at Marc's family house. 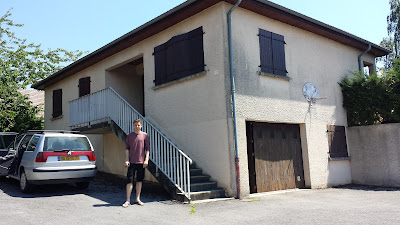 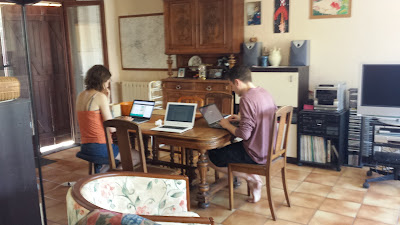 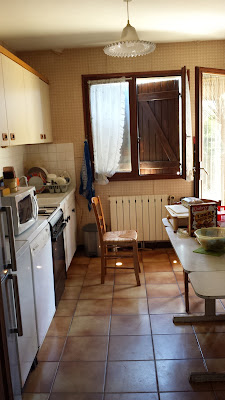 We visited Marc’s grandmother, Gisèle, and his family nanny from when he was a kid, Ginette.


We then spent the evening doing wedding planning. Jacques, Éva, and Marianne have done so much work, it’s amazing and we are so thankful!
Posted by Unknown at 10:38 AM